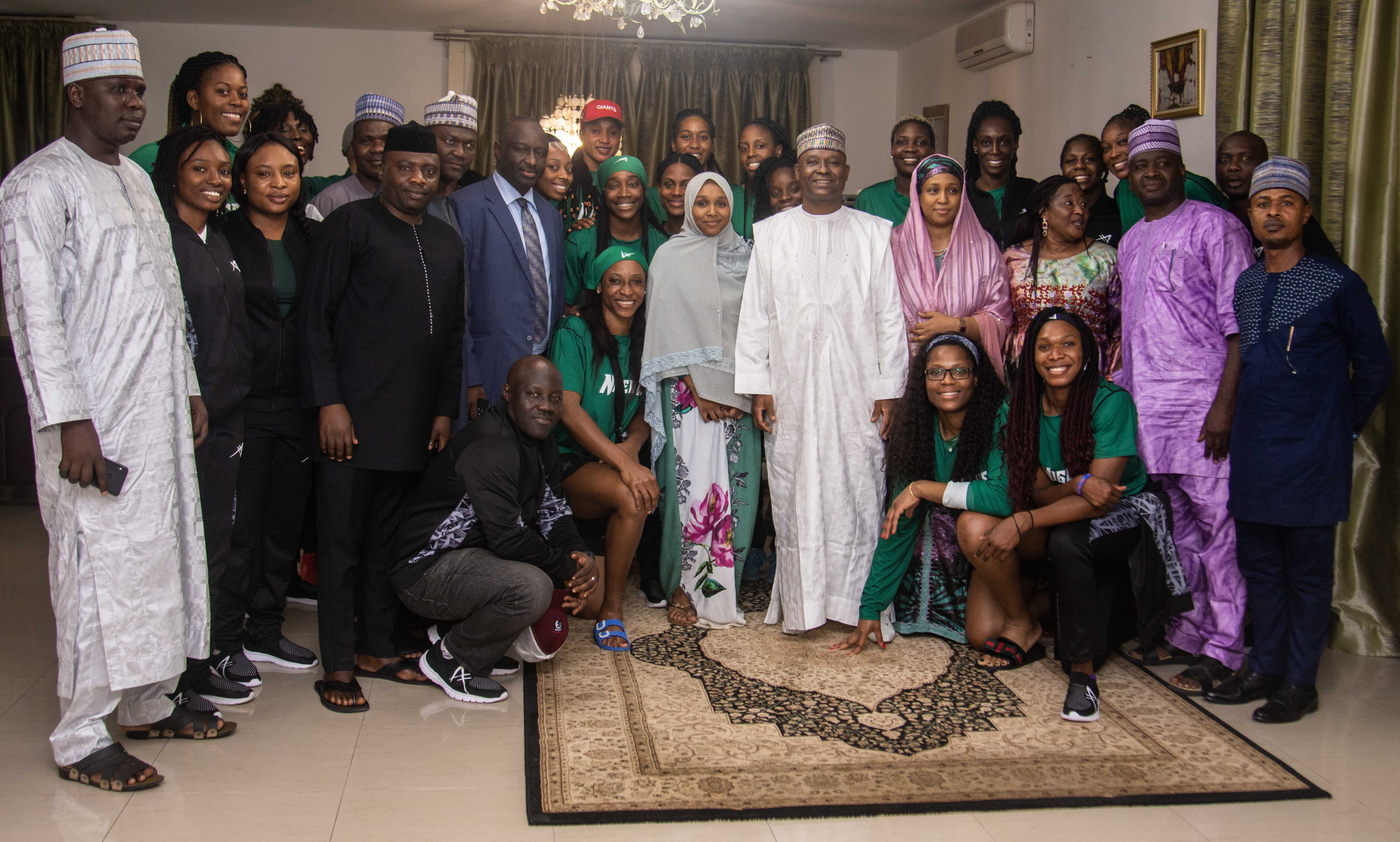 Head of mission, Mr Lot Peter Egopija on behalf of the Nigerian embassy received the reigning champions D’tigress as they touched base in Dakar, Senegal.

The warm reception by the office of the consulate amused the players, who were so pleased to have feelings of the mother land in a strange land. The consulate assured the players of the total support of his office in every way possible to ensure they have a smooth ride in retaining the championship secured in Mali, 2017.

Encouraging them to be patriotic Nigerians and relentless in ensuring they gave all it takes to remain champions. He emphasized a total belief in the team, who he sees as a championship team already.

The General Manager, Mactabene Amacheree who led the team on the visit, thanked the consulate for his unflinching support and hospitality and also assuring of the team’s total dedication to it’s cause of staying champions.