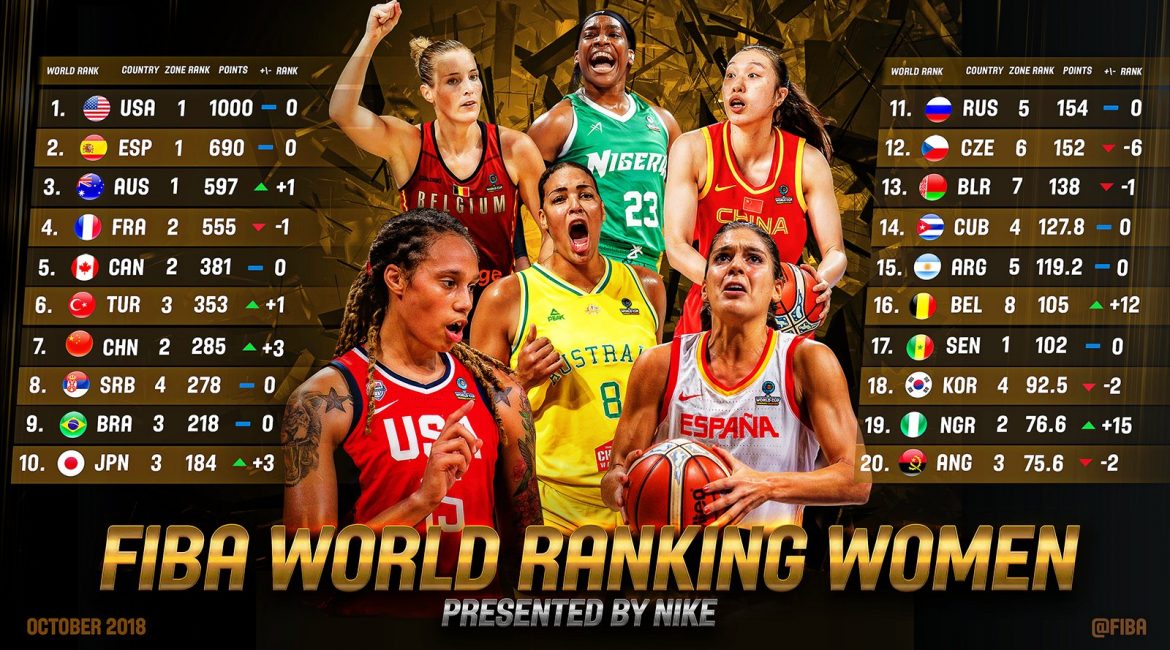 D’Tigress have moved up 15 places in the latest FIBA Women’s ranking to 19th spot in the world after their 2018 World Cup heroics.

At the last world cup, Nigeria became the first African team to win more than 1 game in a single World Cup tournament and also advance to the quarter finals of the competition.

Ranked the lowest at 34th before the 2018 FIBA World Cup in Spain, D’Tigress have now emerged as the 2nd best team in Africa, replacing Angola.

The Coach Otis Hughley tutored side recorded 3 wins in a row defeating Turkey, Argentina and Greece before losing to World number 1, USA in the quarter final.

While reacting to the latest ranking, NBBF President, Engineer Musa Kida expressed delight in the hard work of the federation which saw a better prepared and motivated D’Tigress take on the world in a stunning fashion and has finally been recognized.

According to him, with the recent feat of the team in 2017 when they emerged as African Champions before shocking the world at the 2018 FIBA World Cup, it was just a matter of time before the team took its pride of place.

“What a way to start October for us as a team, federation and lovers of basketball. It was just a matter of time before this happened because the consistency of this team has been so amazing.”

Kida said although the federation is still not satisfied with where the team is, they will savour the new found status while it lasts as the NBBF will continue to work assiduously to ensure future success.

“Now, we have to double our efforts because it will no longer be business as usual. More recognition bring stiffer oppositions because we are gradually becoming a team to beat.”

“Before now, the team was an unknown quantity, but with what they have achieved in the last 1 year, future opponents will pay more attention to them.”