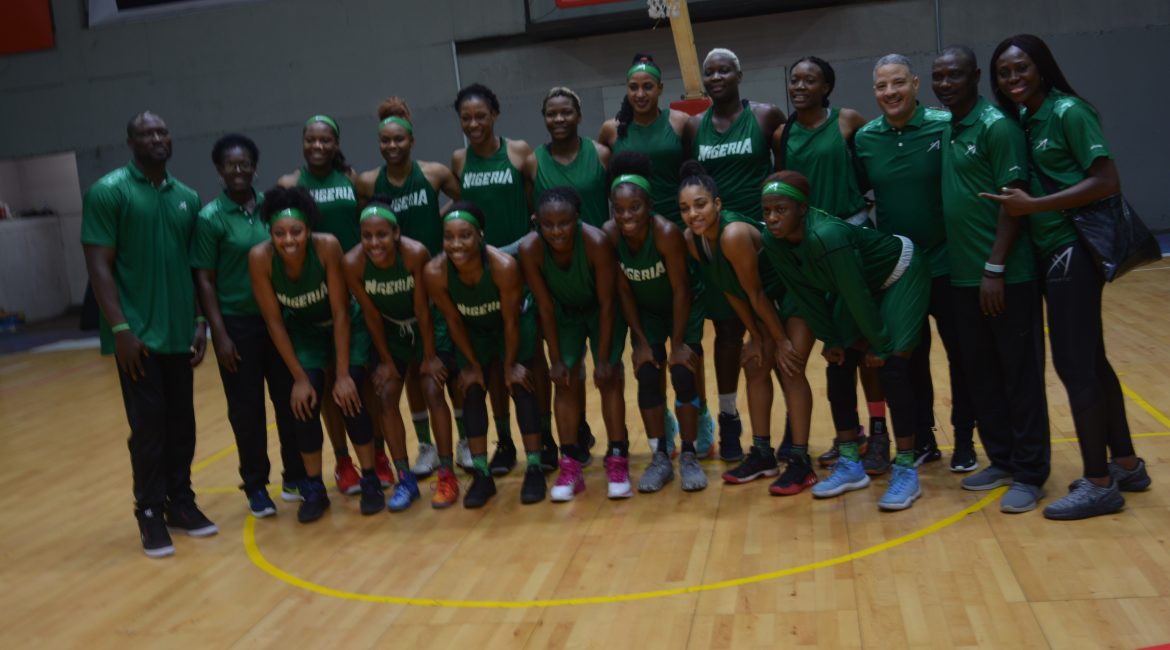 In their quest for an amazing world cup performance, the Nigerian Women National Basketball Team, the D’Tigress took on an all-star team, The Lagos Hoopsters on Sunday at the National Stadium Surulere, Lagos.

The team led by their captain and WNBA star Adaora Elonu of the Atlanta Dreams started the game slowly but later took charge.

According to the assistant coach of the team Peter Ahmedu, the game was an eye opener that their is still much work to be done most especially in the defense.

The game also helped the coaches to discover areas of strength and deficiency of individual players on the team.

More so it helped them to identify team players and those who can play according to instructions.

The game ended in triple digits for the D’Tigress as they defeated the Hoopsters by 130-33 points.