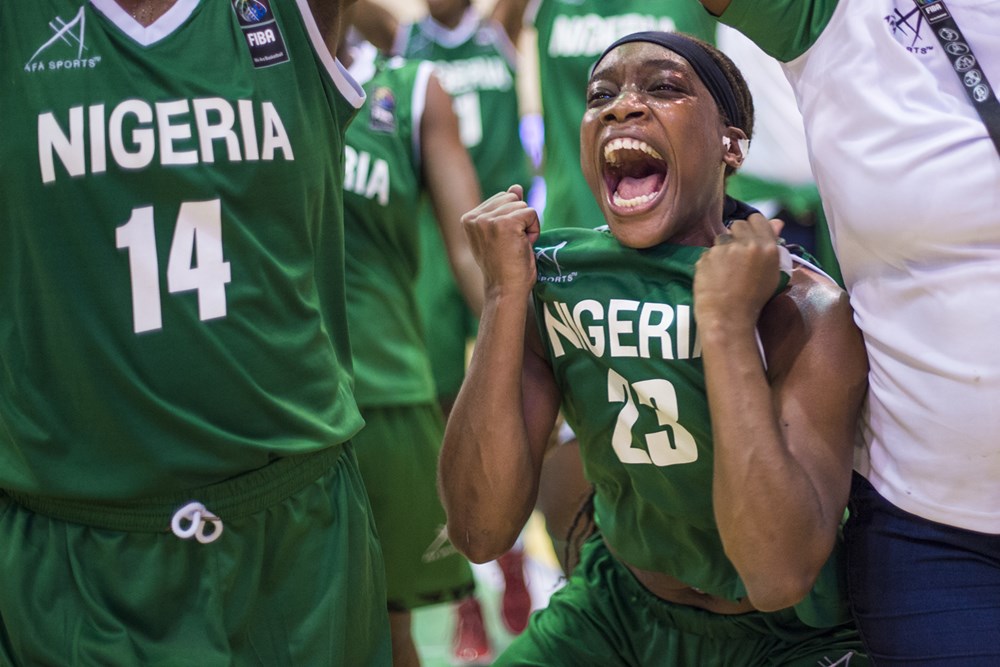 Athletic and physical DR Congo side put D’Tigress poise and agility to the test today for a shot at the 2019 Afrobasket Semi-final spot.

Starting the first quarter on a slow note, DR Congo seized the opportunity of getting the first basket of the quarter and commanding the tempo of the game. A move Nigerian head coach, Otis Hughley saw could be deadly springing him into action. Stepping up the game upfront which immediately, had the Nigerian ladies taking the lead of the first two quarters.

Half time had D’Tigress come in stronger together coupled with top performance from Ezinne Kalu leading her pack and commanding the floor with 17 points, 5 steals and 2 assists.  Team mates Victoria Macaulay and captain, Adaora Elonu also puts up 14 points and 11 points respectively.

D’Tigress face Mali in the semi – finals tomorrow, same fixture as 2017, where D’Tigress defeated them by a single point.

Back to back Afrobasket title for D’Tigress