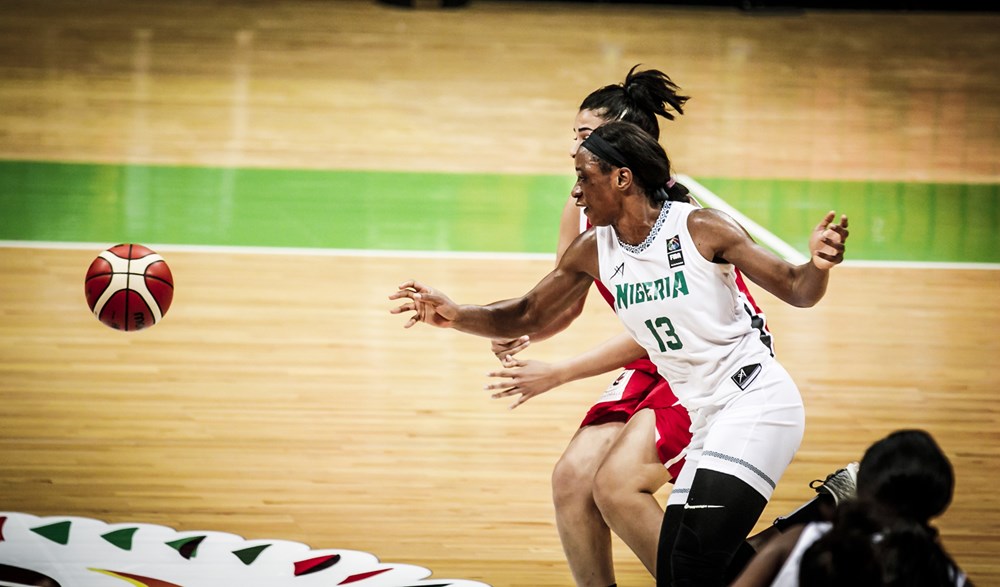 The game which signaled as the first of the group and opening game of the tournament saw Otis Hughley’s ladies come out strong against the Tunisians.

The team roster comprising of several players who made history at the world cup in Tenerife, 2018 with a quarter final finish coupled with new hands to beef up the team drew first blood.

Evelyn Akhator who narrowly missed MVP at the 2017 edition of the tournament was top performer with an outstanding 13 points, 10 rebounds and 2 steals while Atonye Nyingifa helped closely with 12 points to seal a deserved first win.

The total dominance of the D’tigress in offence and defense was too much for the Tunisians, who succumbed totally under immense pressure ending the game with a 49 points difference (75) – (26).