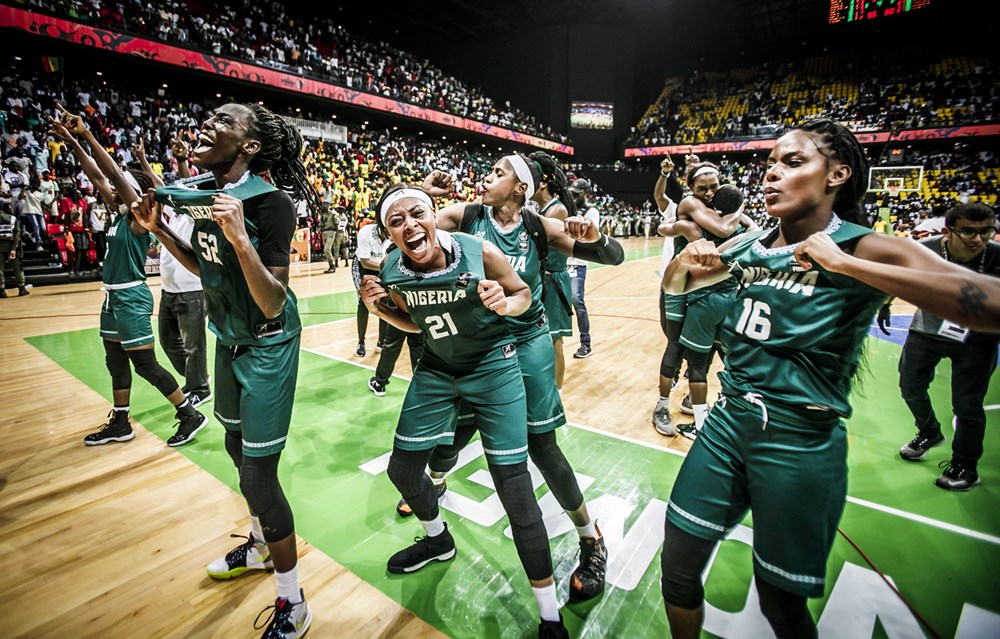 New history has been written for 2017 afrobasket defending champions D’tigress who successfully defended their title.

The new emerging 2019 champions faced a hostile Senegal and an outrageous 15,000 plus crowd to stand tall as champions once again.

D’Tigress who had the luxury of the Nigerian basketball federation president Engr. Musa Kida and the ambassador of the Nigerian embassy in Senegal, gave all it took to retain the championship.

The heart wrenching final which saw D’Tigress take the lead and dominating in the first and second quarters could not withstand the crowd’s pressure in the second half, tieing the game with the host but eventually bossing a win to a second back to back title.

Ezinne Kalu and Evelyn Ahkator were listed top five for the tournament while Ezinne Kalu received the MVP award.

D’Tigress remains unbeaten in the African tournament with a 13 – 0 run as they qualify for the 2020 Tokyo Olympic pre-qualifiers scheduled to hold in Dakar, Senegal in November.